Species of the cacti

Cacti are plants that only grow longer in the indoor environment. Varieties of cacti in nature, they have been around for over five million years. Considered that these plants come from the desert, but they can grow in America, and now does, around the world. Potted cacti have always been an object of interest of the growers, because they are very different from other houseplants, have a different appearance, features of flowering and care for them.

Types of cacti, it is the diversity that is represented in nature. Not everyone knows how much we have of everything and what kind of cactus can grow at home.

One of the most common cactus is Echinopsis. This plant can have a beautiful and bright color, especially while young. Color gamut: white, red, yellow shades. Cacti of this species grow quickly and take the adjacent territory, they form a large number of offspring in the form of their children. This type of cacti can withstand normal changes to care and to severe conditions of existence. Echinocactus have a spherical surface, they are often of large size. Growing at home, it’s kind bloom will not, but in the greenhouse the plant can show its color. These cacti have a decorative appearance, no matter what colors they do not, properly and regularly care for the plant.

Prickly pear – this type of cactus is very rare in our conditions of existence. It has strong sprouting ability, as a result requires considerable space. The spines in this species is, they have a large size, slim structure, in addition, they are very sharp. Shot this cactus is very unpleasant. At home, this cactus may not bloom. If you grow a cactus greenhouse, then after it is finished flowering, it appears a fruit resembling a pear that is why this type is also called «barbed pear». 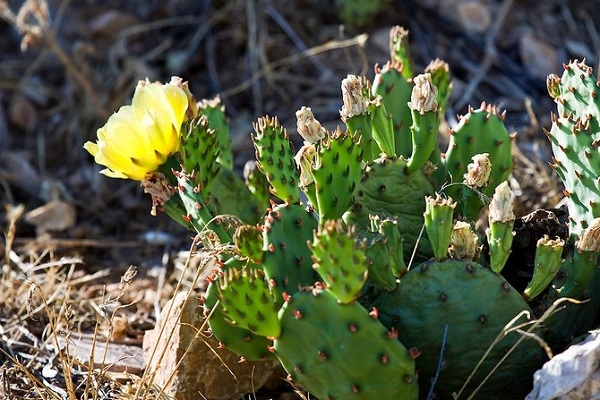 Mammillaria – this cactus is the most common, and his family, recites the greatest number of representatives. A wide variety of types and species pooled. Externally, the cactus looks like fluffy, this is obtained due to the large number of hairs having a white color and delicate structure. This is down between the spikes, creating a cactus a unique look.

This home blooming cactus in the spring, and held it long enough. From two to three months you can admire the beautiful flowers of this cactus. The flowers themselves grow on the top of the plants and have the shape of a wreath. The most common shade is pink, however, there are red flowering with a purple hue. Very rare to see the white flowers of this species. Barb here, too, can be painted, their color changes to pink. The method of reproduction of the cactus with the children, which the plant produces a large number. 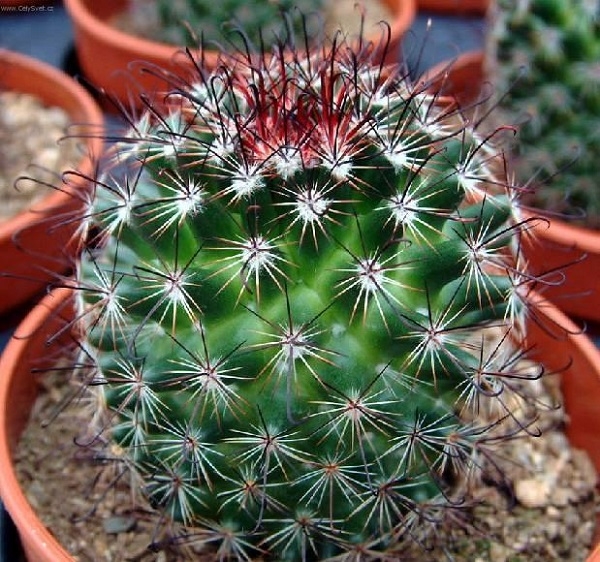 Rebutia of these cacti grow in environmental conditions in the mountains, and their characteristic feature is that they bloom much. The shape of these plants is similar to a ball. They grow so as to form a certain group of these cacti. Care this more careful and thorough. Cacti are different because the flowers do not grow on the top and bottom of the stem and the location they spiral. Winter for this species is a period of rest, in which cactus you need to give a cool but well lit place. In the summer, when the plant is active, he needs to ensure proper watering that the soil was always a little moist and not dried out. 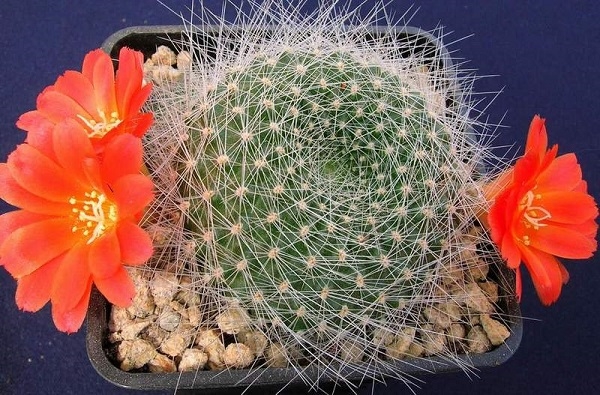 Room types of cacti can have their own special names and forms of species of this plant.

Disocactus or Aporokaktus plant is quite easy to handle. These home cacti have stems with a thickness of only a sentimeter, and the stem grows up to several sentimeters per year. This species blooms, and the period of the appearance of a flower falls on the spring. The size of the flower may be approximately eight inches. 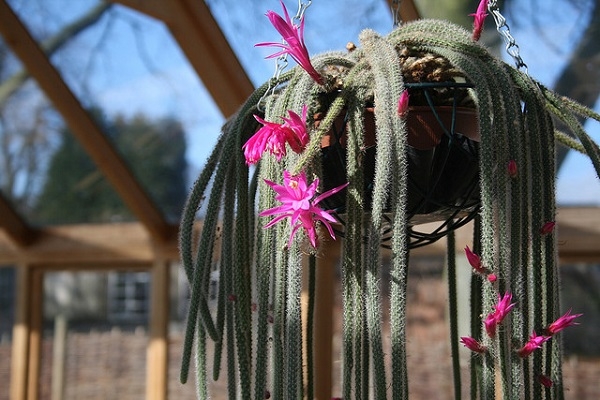 Astrofitum caterogy – form a young plant resembles a ball that has the ribs, and over time it changes, and becomes cylindrical. Flowering begins in adulthood, when the growth of the cactus is from fifteen to thirty inches. The flower has the appearance of yellow daisies. Flowering period is in the summer. Varieties of cactus of this species submitted by: Astrophytum capricorne, whose spines have a curved structure, and Astrophytum decorated, whose spines are long and straight structure. 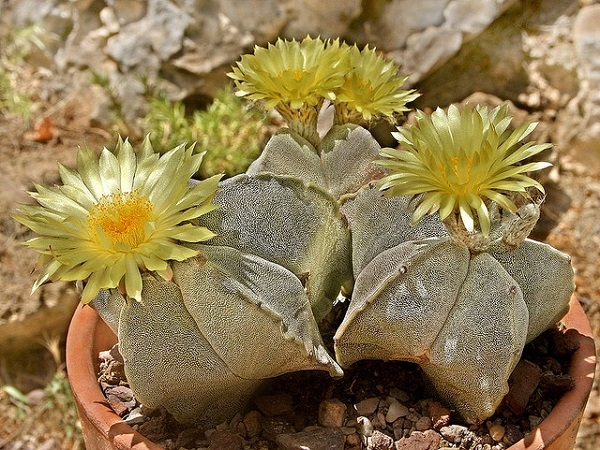 The Peruvian saguaro is a cactus, the species of which are used in order to decorate the home space to create a cozy and original, festive atmosphere. The stem is growing year by year, and at some point it can reach up to half a meter in height. Flowering cactus occurs through large flowers, the length of which can be about fifteen centimeters. It grows slowly, and looks perfect for something ugly, wrong, and has attracted gardeners. 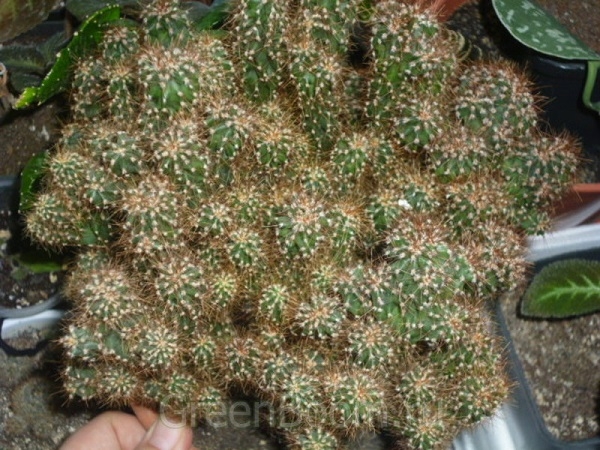 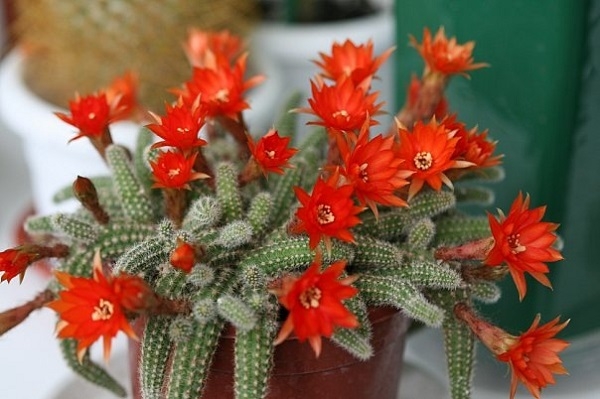 Cleistocactus Strauss – this cactus is also used as design and decoration of the room. When he’s all grown up, the size is about one meter. This cactus also has hairs that give the plant a beautiful appearance. 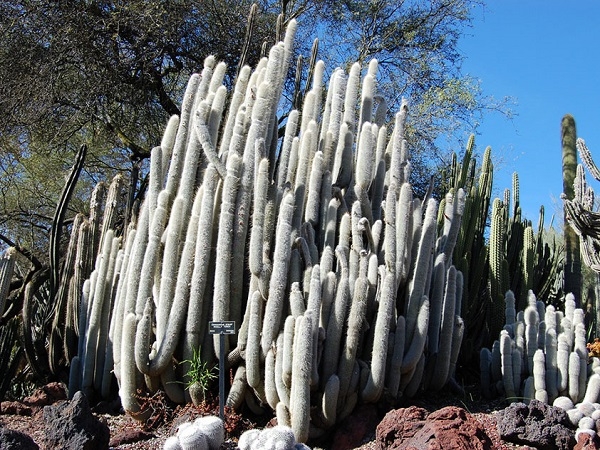 Cereus comb – this cactus often grows up to ten inches in height, and covered it spikes. 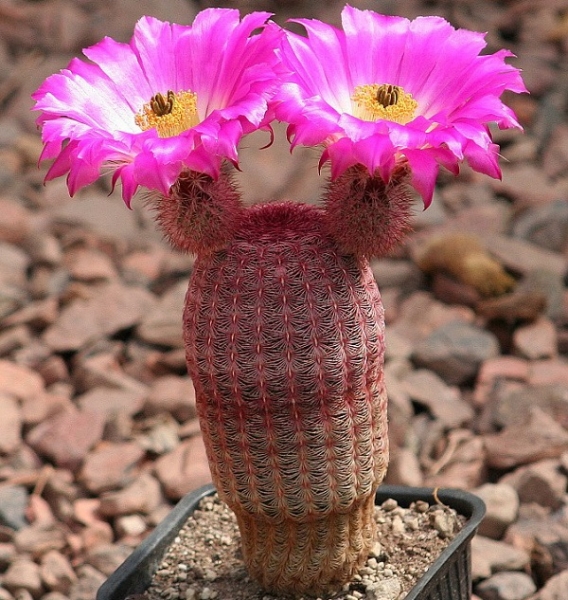 Gymnocalycium of Mihanovic – this cactus is also called «Red riding hood». Its stem has various color, which is very attracting. In addition, utilize it in order to impart to the green cacti. This kind is very beautiful and original. 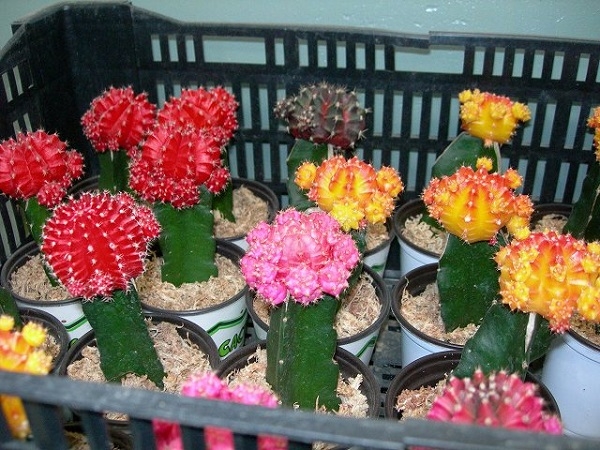 Mammillaria Bokassa – cactus this species is silver in color and round in shape, and its flower has a white color. By themselves, the flowers are arranged around the circumference of the stem. Mammilyariya vilda – this cactus is practically no different from the previous one only by the shape of it is not round but oval. 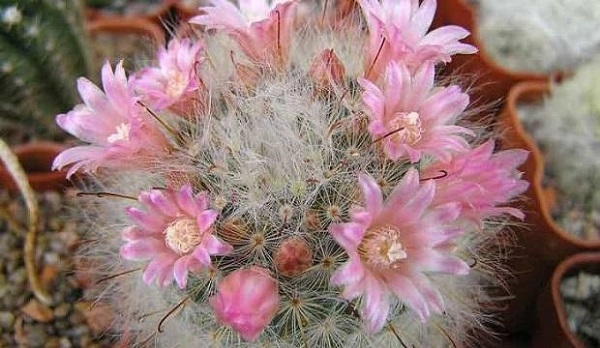 Notocactus Otto – this cactus has the shape of a sphere. As for spines, they have this kind of hard. This plant does not bloom during a certain period, it may be a year or two, and more. After this time the cactus flowers grow large enough. Most often they are in diameter about eight inches. Notocactus Leninghausii earned interest to the fact that its stem has a cylindrical shape. 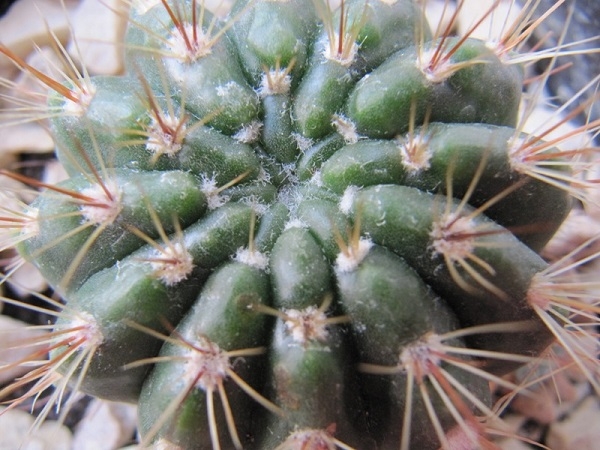 Melkoporistaja pear cactus – this cactus grows about thirty inches in height. The peculiarity of it is that the spines of the plant have the shape of hooks. Furthermore, their color can also be different, depending on what species belongs to the cactus, it’s either red or white spines. Cacti of this kind come in a wide variety of appearance, its forms and sizes are very different. 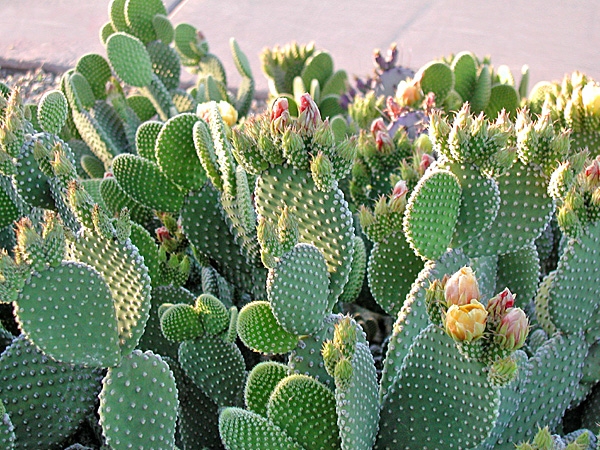 Rebutia tiny – this cactus is the stem of a spherical shape whose diameter is five inches. The flowering period of this plant falls on the summer, and the flowers have a rich orange color. The structure of the flower tubular. Rebutia senile – this cactus has the appearance of a small ball, about eight or ten inches. 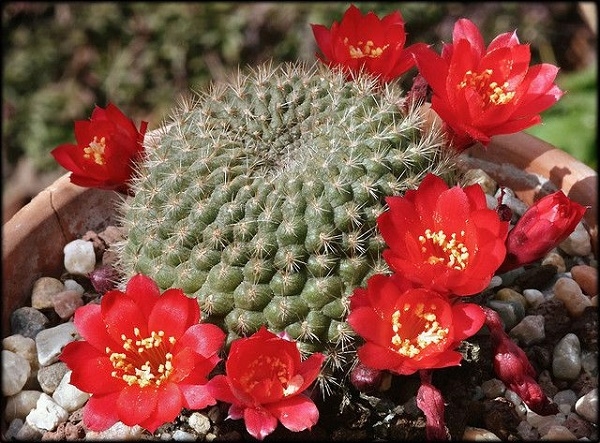 Trichocereus whitening – this cactus can reach impressive sizes. In adulthood, its height can be about one meter, after which it is still growing in width. Trichocereus Spaha This type of cactus is one of the higher dimensions, it can grow to five feet, and higher. 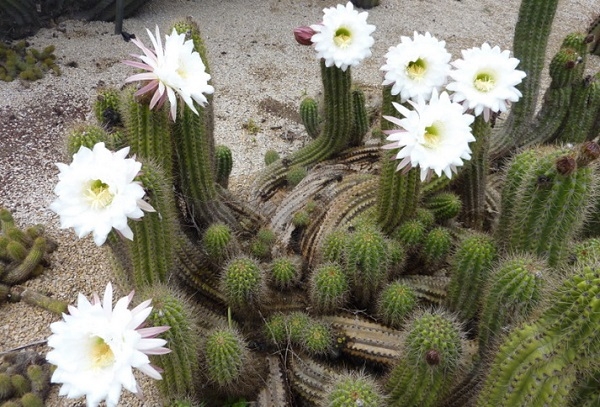 There is a huge variety of specific forms of cacti, which are expressed in the original forms of the plant, its size, the structure of the stem. Various cacti can be of different needles, they differ in length, width, and the structure itself. There are such plants, the needles which have the form of hooks, and there is a very direct, sharp and not. In addition, they can even be different colors, different species can have white, red and other color variants of the needles. Another distinctive feature of the species diversity of the cacti are their flowers, which have different sizes, different structure and a large color variety. Choosing the cactus, which you would like to grow at home, look for a suitable variant of a plant, what would it be most useful to you and brought the most positive emotions.