How to speed up the ripening of the peppers on the bushes.

Ripening peppers on the bushes largely depends on the weather. Pepper is a warm-weather crop and if the weather is hot, the fruits of pepper blush quickly with proper care. But if you save the cool weather in August on bushes pepper produces a lot of green fruit, but to sing they are not in a hurry.

The fruits of pepper can be tearing in the stage of technical ripeness, when they are as large as possible, but the green and deteriate them at home. However, we all know that pepper ripened on the plant is sweeter and has a bright peppery flavor. 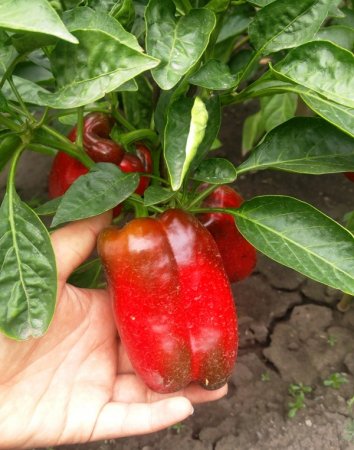 How to speed up the ripening of the peppers on the bushes?

There are a couple of simple techniques that stimulate the maturation of pepper fruits on the bushes and it is better to apply them in the complex.

1. First, in August you need to eliminate the nitrogen a dressing of pepper and hold potash fertilizing. You can fertilize peppers infusion of wood ash or potassium HUMATE.

2. The second method is the formation of hives pepper to speed up ripening. Cut the peppers should meet approximately in the middle of August.

— Each Bush pepper to break down all the shoots in the leaf axils, often in the late summer, they are already beginning to bear buds and flowers, but the harvest from these shoots you will not have time to.

— Remove all leaves on the stalk of the plant to the fruit. After removing the extra leaves clumps of pepper will be better lighted and ventilated, which creates favorable conditions for ripening fruit. 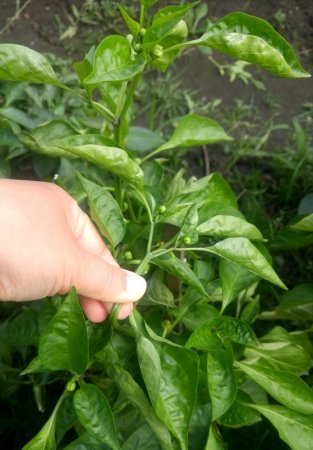 — When cutting the tops on the last green fruit, leave 3-5 leaves for its food.

When you follow these simple rules of care for pepper in August, at the end of the season you’ll harvest the most ripe peppers from the bushes.