One of the oldest and most consistently popular of indoor plants — Impatiens — not by chance considered easy to grow. If you believe the popular rumor, potted Impatiens unpretentious, quite hardy, and only suffers from serious lapses in care. It can grow even to children. However, consider it a such a simpleton would be a big mistake. The balsam has basic maintenance requirements, from which it is better not to retreat. After all, serious mistakes with the watering, the fertilizing and pruning catastrophic for this plant. 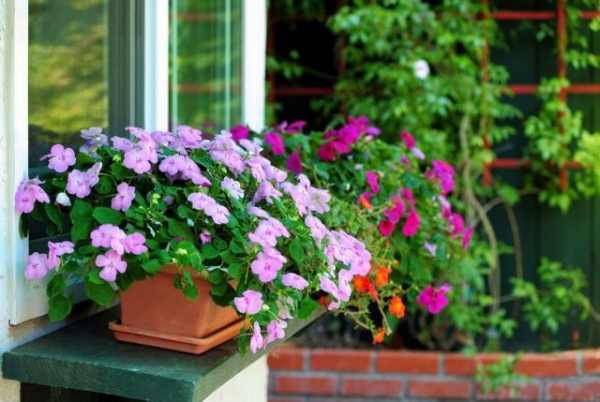 Impatiens is the representative of the family of Balzaminov, medium-sized herbaceous perennial, prone to rapid degeneration. Therefore, it is often grown as annuals. Balsams are moving fast growing spreading, dropping lower leaves and without control easily grow up to 60 cm.

Abundant flowering Impatiens — its main «trump card». Room balsams can bloom from mid-spring to late autumn, and under ideal care and all year round. Selection of varieties — simple or double, or arcolectric variegated with white, pink or red flowers — allows anyone to find your pet.

Ivan wet, Light, or Impatiens (Impatiens) — house plants-garden. And very simple, but with surprises. This is a real tropicanas and its requirements to the conditions of detention clearly shows his origin. Because the room Balzaminov will have to recreate the subtropics and tropics of Asia and Africa. He is quickly rising as quickly «loses its shape» and requires attention and some control. Thanks to the speed of development, Impatiens perfectly recovered, but not after all the trouble and only if you respond to signals very quickly.

Balzaminov not have so many requirements:

Consider the most common errors that can be tolerated in the care of Impatiens and methods of their correction. 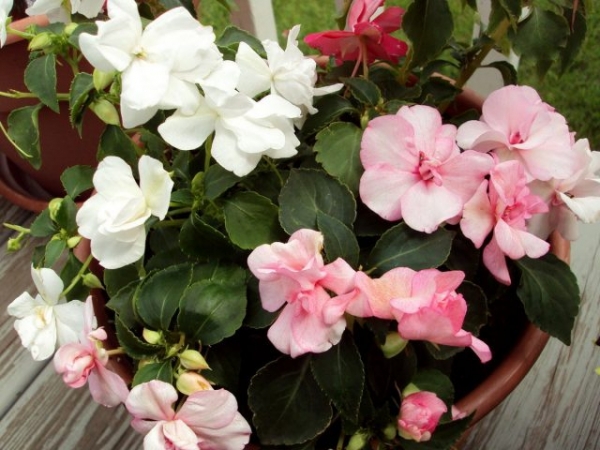 1. The lack of protection from direct sun

Impatiens bloom well only in bright light, some varieties are adapted to partial shade, but most often, the balsams are placed on the windowsills. However, if spring and fall blooming balsams feel good on the brightest windowsills, then from mid-may until September this lighting needs to be corrected.

The hot summer sun for Balzaminov dangerous. From the direct rays suffer and the leaves and flowers of plants. And if you care not to include the installation of a scattering screen, or other precautions (sliding to the far rows on the window-sill, the distance from the window, moving to a new place, a tall plant-neighbor), the problem can not be avoided.

Sensitive to drought and insufficient soil moisture Impatiens is responsive even to slight desiccation of the substrate. He literally wither on the eyes yellow, drops leaves and flowers. The bushes come alive later in the morning, but the drought will be consequences for the leaves of the plant. The main purpose of watering this plant has been and remains one to keep clumps fresh constantly. But in the pursuit of maintaining a stable high soil moisture to overdo it with watering is one of the most serious errors.

The status of moisture-loving plants the balsam does not mean that it makes damp, let this plant gets rid of excess water, separating it from drops on the edges of leaves and on stems. Ivan wet, indeed, is experiencing increased demand in irrigation. But they must not violate the air permeability of the soil to lead to water logging or stagnation of water. It invariably turns into a rot and the spread of diseases. 5 minutes after watering the excess water must drain from the trays.

But this is not sufficient for the proper irrigation of Balzaminov: 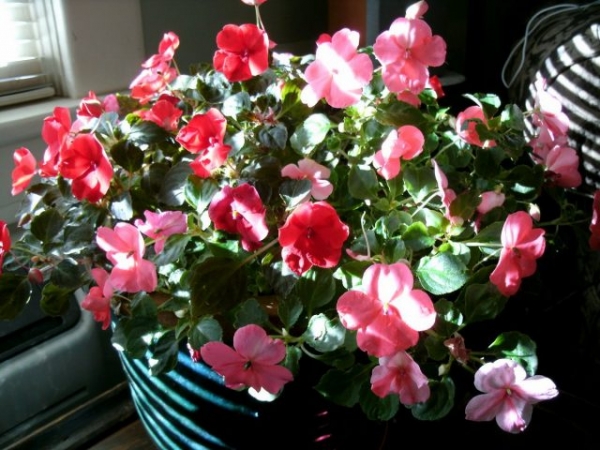 3. The lack of sprinkles

Maintaining a stable and relatively high soil moisture is often regarded as the only thing this plant needs. But the moisture content of the substrate did not diminish the love of Balzaminov, and to moist air. Of course, special humidifiers for room Balzaminov install no need. But spraying they react so positively, that to exclude them from care is not necessary.

Balsams are sprayed only with warm water, if the plant blooms — gently and only at the leaves. You need to ensure that water droplets do not fall on the buds and petals. Balsams will not give up on periodic warm dushevnie, especially at the active growth stage before flowering or during the heat.

Ideally, even potted Impatiens in the warmer time of the year it is better to make the fresh air. A profusion of flowering and green bushes, placed on the balconies or in the garden, comparable to potted counterparts. However, in the fresh air Impatiens is better regarded as a shade plant.

If the summer to make balsams nowhere, put them where the window constantly or frequently open a crack to enjoy a constant influx of fresh air.

During a purely heating content regardless of the time of year, the Impatiens will not grow normally without airing. Even cool they still spend regularly, protecting the bushes from drafts. Balsams should grow up with access to fresh air. The more stagnant the air, the stronger will naked balsams, the more they will drop leaves and aging.

You should pay attention to the fact that air circulation around the bushes for Balzaminov important in the same way as for roses. These babies are not put in close quarters with other plants. And so that air freely on all sides. 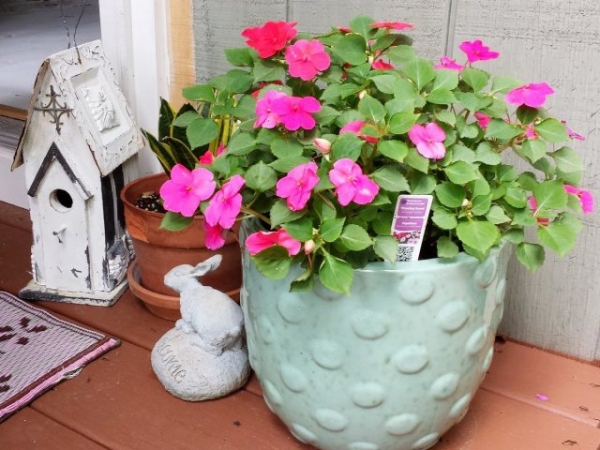 5. The rejection of the formation

Tender shoots Balzaminov not require any complicated pruning techniques themselves tell you how best to keep them in shape. A simple topping of shoots — measure, which often refuses while nipping the tops only in seedlings and young cuttings.

To balsams long preserve compactness, constantly scrub, and thus — also constantly bloom, pinch back every new shoot on the plant, even the side branches. Central escape limited in growth by pruning. Hold the formation during the whole period of active vegetation.

If Impatiens were deformed or poorly began to blossom, and you do not have right conditions for hibernation. It is better to multiply the bushes and grow a replacement from cuttings. Propagated Impatiens amazingly easy. Cuttings can be rooted just in water. In this simple way all year round you can substitute any affected by improper care balsams new bushes, planting them in a small group.

How to take care of Pedilanthus at home

Vegetables and Barley Soup preparation for the winter